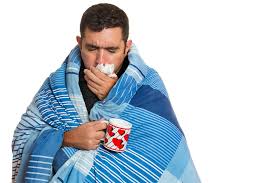 People who test positive for coronavirus or show symptoms in the UK must now self-isolate for at least 10 days, rather than seven.

The change, announced by the UK's chief medical officers comes as ministers try to avoid a resurgence of the virus.

Until now, those showing key symptoms - a new continuous cough, a high temperature or loss of taste or smell - have had to self-isolate for at least a week.  The new advice is in line with World Health Organization guidance.

The chief medical officers said the change is "particularly important to protect those who have been shielding and in advance of the autumn and winter when we may see increased community transmission".

Evidence shows that people with Covid-19 have a low but real possibility of infectiousness between seven and nine days after falling ill.  People are most contagious just before they first display symptoms and for the first few days afterwards. But scientists say evidence that they could pass it on up to nine days later has strengthened.

The government has also confirmed that registered health and care professionals travelling to the UK from high-risk countries - on the quarantine list will be required to self-isolate for 14 days. A quarantine exemption for health professionals had been in place since June.