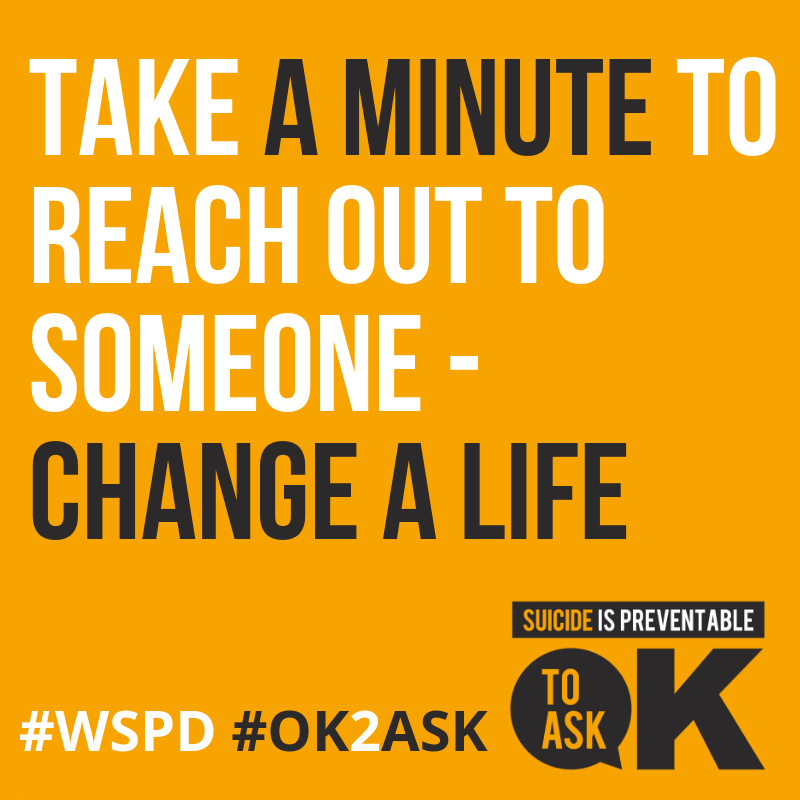 OK TO ASK is a new campaign which will break down the stigma of talking about suicide.

OK TO ASK will focus on the life-saving conversations anyone could have by asking someone ‘are you thinking about suicide?’.

Councillor Anthony Burns, Cabinet Member for Public Health, Libraries and Leisure, said: “Suicide is a tragic loss of life and has a huge impact on the families and friends of those left behind. We know in St Helens too many people have felt the devastating loss of someone through suicide and this is why OK TO ASK is such an important campaign.

“Earlier this week we saw the figures for suicides in St Helens released and while we have seen a fall in the last year we still need to do so much more. We want to prevent anyone from taking their life and I would urge everyone to back this campaign.

“We should all feel as comfortable talking about our mental health as we would about our physical health. Being open and honest about how we feel encourages us all to check in with ourselves and make us think about how we are dealing with the demands of life as well as encouraging others to do the same. Suicide is preventable and research suggests actually asking someone if they are thinking about suicide helps to save lives.”

“OK TO ASK reinforces the message we want everyone to take on board that you can and should talk about suicide. It’s not an easy conversation to have but it could be the difference for someone in need of help. So don’t be afraid to have that life-saving conversation, it is OK TO ASK.”

To find out more about the campaign, support groups available to help and the signs to look out for if you’re worried about someone and how to talk to someone about suicide visit oktoaskcampaign.co.uk